To share your memory on the wall of Harry Wells, sign in using one of the following options:

Death is nothing at all
I have only slipped away into the next room
I am I and you are you
Whatever we were to each other
That we are still
Call me by my old familiar name
Speak to me in the easy way you always used to
Put no difference into your tone
Wear no forced air of solemnity or sorrow
Laugh as we always laughed at the little jokes
enjoyed together
Play, smile, think of me
Let my name be ever the household word that
it always was
Let it be spoken without effort without the ghost of a shadow in it
Life means all that it ever meant
It is the same as it ever was
There is absolute unbroken continuity
What is death but a negligible accident
Why should I be out of mind because I am out of sight
I am waiting for you for an interval
Somewhere very near
Just around the corner

May the road rise up to meet you
May the wind be always on your back
May the sun shine warm on your face
May the rain fall soft upon your fields
And until we meet again . . .
Read Less

We encourage you to share your most beloved memories of Harry here, so that the family and other loved ones can always see it. You can upload cherished photographs, or share your favorite stories, and can even comment on those shared by others.

Posted Jan 06, 2021 at 03:23pm
Ronald Liburdi
I was a 22 year old sailor and Harry was 43 when we met in March 1969, but Harry had such a youthful outlook that the age difference hardly mattered. We had a love of the Navy in common, both of us having served on ships in war time. Listening to his many funny stories of life aboard a destroyer escort in the Pacific, with a crew of mostly 17, 18 and 19 year old youths, at sea for the first time, I often laughed and said to Harry it sounded like McHale's Navy.
Harry had a huge influence on my life. He included me in his large circle of friends and family. He steered me into a long career as an RN. He introduced me to the theater, which he loved. He encouraged in me a love of books and reading. And he inspired in me a love of pussycats, of which we had many over the years.
My sister-in-law Cheri said it best about meeting Harry for he first time. She wrote, "I loved him the first time I met him; he was sweet, funny and lovable".
That was the Harry Wells whose life I was honored to be a part of for fifty years. I miss him every day. I would like to think that wherever he is now, Harry is looking on us and smiling.
Comment Share
Share via:
JF

Posted Jan 04, 2021 at 06:55pm
I first met Harry when I was 21 years old and started my employment at the Auto Club of New York. That was in May of 1973. Not long after, Harry made me feel part of his big circle of friends, and not just an associate. He often offered advice which always started with "I talk to you like a father." He and my father had a lot in common, born the same year, served in the military at the same time and place, and was a comfort to be around. He and Ron often invited many of us to his Sagaponack home during the summers and where we had a most memorable 25 year Club anniversary party for Harry.
Losing Harry is like losing one of the cornerstones of your life. He will always be remembered as a sincere and caring friend of mine. To Ron and his loving family, I offer my condolences.
Joe Ferrante, Green Valley, AZ
Comment Share
Share via:
AG

Our dear brother Harry....He was the Patriarch of our family....earning that role after our (and his) father passed
away at an early age and fulfilling his fathers wishes to take on the responsibility of caring for us, which he overwhelmingly
did...he guided, influenced and inspired us...introduced us to the arts and encouraged us to share his love of reading...he
always provided for us and our Mother, for which we are eternally grateful....he will be sorely missed and forever in our
hearts! With love and gratitude, James Wells, Ann Gross and Eileen Stimpfl❤️❤️❤️

Posted Dec 31, 2020 at 08:32pm
Harry Wells was a dear, dear friend of mine. He took me under
his loving wing 50 years ago when we meet when we both worked at the AAA. He listened to my youthful dreams, he guided me through difficult political intrigues at work, and, most importantly, he took me in when my heart was breaking over a relationship breakup. He and the love of his life, Ron, feed me, listened to me, and loved me when I was feeling unlovable. For this reason, and many others, Harry has been in my heart and thoughts even though we didn't see each other for many years. He was generous with all that he had, inviting me out to his delightful summer home. And his cats!!!!!!! Each one so well cared for and loved. My dearest Harry, I bid you a fond farewell as you rest in eternal peace. With so much love, Susy Nason.
Comment Share
Share via: 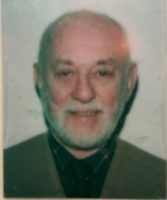 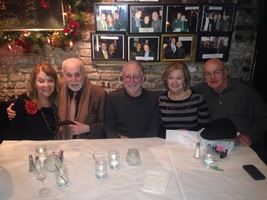 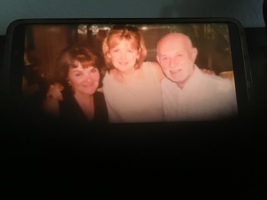 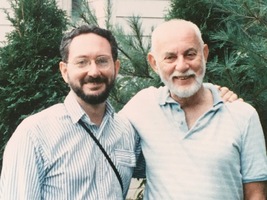