To share your memory on the wall of Betty Lou Cordier, sign in using one of the following options:

Betty Lou's feature film credits include The Goddess (1957), an Academy Award nominee for best screenplay, and The Man In the Net (1959), directed by Michael Curtiz, the Academy Award winning director of Casablanca. Betty Lou also played numerous roles on television, including in The Birds (1955), Love Story (TV Series, 1954), Johnny Belinda (1958), Decoy (1958), The Devil & Daniel Webster (1960), among several other projects.

Betty Lou married the Belgian-Franco-American film and theater director Robert Cordier. They met when Robert contacted Betty Lou to convince her to play the role of "Julie" in his direction of The Deceased (1961) by Rene de Obaldia at Lucille Lortel's White Barn Theater. Betty Lou and Robert continued to work together creatively at times, notably with the Free Southern Theater in the mid 1960s, and Betty Lou did voice-over for Robert's groundbreaking documentary, Man and His Health, Pavilion-Expo '67, Montreal.

Betty Lou and Robert lived in Paris and New York City. They shared their passions for travel, art, theater, and literature. Betty Lou and Robert had a lively social life and a network of creative friends that included Andy Warhol, Shel Silverstein, Maryette Charlton, authors William Styron, James Jones, and James Baldwin, their daughter's godfather. Betty Lou and Robert had two children and a barn cat named "Big Kitty", whom they adopted from the artist Alexander Calder and his family.

Betty Lou and Robert later divorced, but remained friends and confidants. They shared many celebratory holidays, special occasions, and visits with their children. Robert once told their daughter that Betty Lou was the "love of his life".

Betty Lou surrounded herself with wonderful childhood and artistic friends, her family, pets, and enjoyed an enriching social network. Betty Lou was close with her children and included them in many aspects of her life. She travelled internationally, attended major art exhibits, and theater performances. She made sure to vote for our first female vice president in the 2020 election, read complex literature, and maintained her sharp wit right up until the end of her life.

Betty Lou passed away in New York City on January 10, 2021, despite her recovery from COVID-19. Robert Cordier died from COVID-19 nine months earlier in Paris, on April 7, 2020. Betty Lou is survived by her daughter Cecilia Cordier and son-in-law Christopher James, and her son Horace Cordier.
Read Less

Consider providing a gift of comfort for the family of Betty Lou Cordier by sending flowers.

We encourage you to share your most beloved memories of Betty Lou here, so that the family and other loved ones can always see it. You can upload cherished photographs, or share your favorite stories, and can even comment on those shared by others. 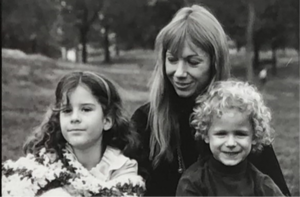