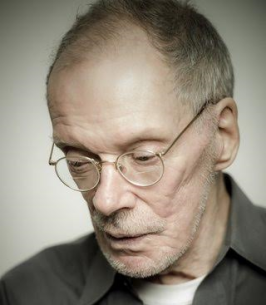 John P. Dowling (89) born Oct. 1, 1931 in Perth Amboy, NJ to John J. Dowling Jr. and Jane (Kingberry) Dowling, died Feb.24, 2021 from complications of Covid-19.Jack moved to Greenwich Village in 1951 to begin a life in art.He studied at Cooper Union School of Art and later moved to Italy where he painted in Venice and Rome and became an Artist-in-Residence at the Positano Art Workshop. In 1968 he became Administrator of Lone Pine Art workshop in California. His earlypaintings were abstract, but he gained renown for works inspired by vintage photos of family and friends.By the mid-1960s he had successful exhibitions ingroup and solo shows.In 1971 he found a new home at Westbeth ArtistsHousing.For fourteen years Jack served on the Westbeth ArtistsResidence Council, and for twelveyears he was Director of the Westbeth Gallery. He was honored as one of Westbeth’s senior artists, or Icons, in 2017.Jack was a published writer of short fiction. He was a sought-aftersource of stories of Greenwich Village life and early gay communities in NYC and Fire Island. He was a long-time summer resident of Cherry Grove, NY, serving as a Fire Commissioner for many years. He was a generous supporter of his fellow artists and the Cherry Grove Community.He is predeceased by his partner Wallace Forstell and brother David Dowling (Annette). He is survived by brother Peter Dowling (Polly Pettit),sister Susan Nelson (Donald) and by three nephews and two nieces.

Donations may be made in Jack’s name to Westbeth Artists Residence Council, https://westbeth.org/wordpress/about/westbeth-gallery/westbeth-artists-residents-council/

All rights reserved. This obituary is also archived at obittree.com