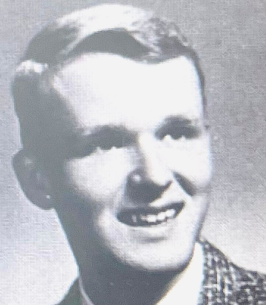 Roger Erling Loven passed away peacefully in Manhattan on April 24, 2022 following a long hospitalization after a fall. The son of Ebba Martinson and Raymond Loven Sr., he was the fourth of five boys and belonged to a large extended Scandinavian family. Roger grew up in Chester Connecticut and attended Centerbrook Lutheran Church, Graduated from Valley Regional High School in 1961 and attended Uppsala College before joining the Army and fighting in Vietnam.

Following his military service, Roger moved to New York City where he worked in Interior Design and Decor. He was a talented pianist and studied with Rosina Levine. Roger enjoyed his many friends and loved to travel, splitting his time between Palm Beach, New York and rural Connecticut. A quintessential New Yorker, Roger read the Times front to back every day, attended classical musical, opera, theater and dance and revelling in the transformation of the Times Square area and his beloved Hell's Kitchen over the years.

Devoted to family, Roger spent much of his time in later years on extended visits with his great nephews and niece in Washington DC, Martha’s Vineyard and Coral Gables Florida. Roger will be deeply missed by his many friends and family.

All rights reserved. This obituary is also archived at obittree.com