To share your memory on the wall of Bennie Gilmore, sign in using one of the following options:

At age 15, Dickie went to work as a Concessioner and Porter for Harry M Stevens at various Baseball Fields. This is where he developed his love for baseball, his love for “ The Mets”. His fast pitch in softball, playing with the hustlers, west spiders and the semi-pro Falcons of The Colonial Charles Young League in Harlem.
In 1946 he enlisted into the Army as a diesel and aviation mechanic, he was honorably discharged in 1948. He worked various jobs as an auto mechanic, furniture mover, seamstress cutter, his most beloved job was a truck driver for Emery Trucking, and the International Brotherhood of Teamsters, where he retired in 1993.

Dickie was a self taught, head strong self motivated, caring disciplinarian. When we did wrong, we got a slap on the hand or the belt. None of that time out, I’ll talk some sense into you nonsense like today. You fell in line when Dickie was present. Dickie was a father, way ahead of his time, he kept abreast on the latest technology. He learned Chess before it became a popular game, He taught Howie, Buddy and Kevin how to play at ages 5 and 7.

Dickie was a great photographer, he loved fish aquariums, building model planes. Dickie and Marilyn were so in tuned with the latest toys and gadgets, they knew what was right for which child or grandchild, they knew who’s personally uniquely fit which gadget.

In his later days, Dickie stayed active and involved with the younger generation. Always willing to teach them, providing guidance and Wisdom. As he aged into his 80’s, his health began to decline, after suffering a stroke in 2016. In 2019 he went to Fort Tryon Nursing and Rehab Center. Where he spent his last days until the Creator called him home.

If you knew Dickie, you had the pleasure of knowing one of the kindest, selfless, most generous people in the world. When you needed him, he was there. No questions asked. You will be missed. Til we meet again💕💕
Read Less

Consider providing a gift of comfort for the family of Bennie Gilmore by sending flowers.

We encourage you to share your most beloved memories of Bennie here, so that the family and other loved ones can always see it. You can upload cherished photographs, or share your favorite stories, and can even comment on those shared by others. 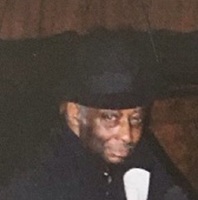